NodeJS was initially created as an open source platform to help people create a diverse range of computer applications and tools. The platform itself is not something which uses the existing JavaScript network, but it was partially written in JavaScript, and its overall design means that new developers can also use JavaScript for their own work. NodeJS interprets the work done in JavaScript using the V8 JavaScript engine which is run through Google. 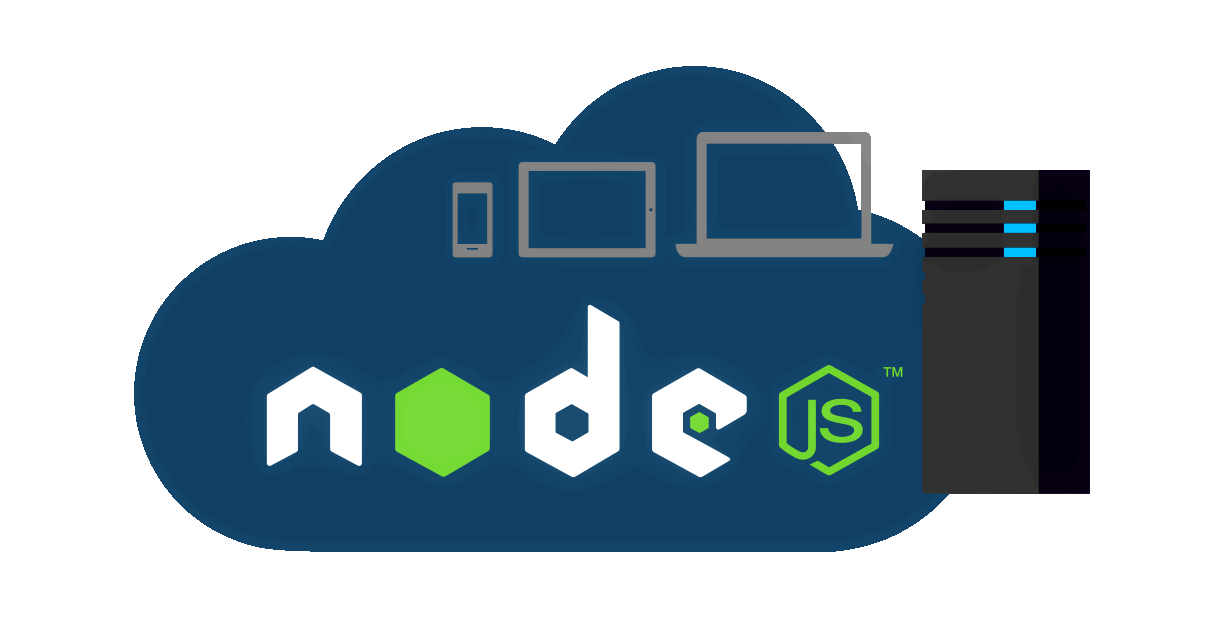 The platform was originally developed in 2009 by Ryan Dahl, after a frustrating experience with a progress bar which was unaware of the real-time progress which had taken place. Rather than be fully reliant on one web server, which had its limits, Dahl proposed the establishment of one (NodeJS) which was capable of withholding many more connections simultaneously, rather than having the code itself block the possibility of multiple connections.

The platform itself is facilitated by the Collaborative Projects Program run by Linux and governed by the NodeJS foundation itself. While NodeJS was originally only capable of running via Linux, it has now been expanded to run on other servers, including macOS, Windows, NonStop, and Unix. While most developers work in JavaScript, alternatives are available in the form of CoffeeScript, Dart or TypeScript, specifically, or any other platform which has the ability to compile to JavaScript.

The biggest platform besides NodeJS is PHP, but NodeJS surpasses it in functionality is one particular way, which makes it more useful and encompassing for the people who are using it; PHP is a platform which naturally blocks all functions while creation is happening (i.e. a command placed by the platform creator will only be carried out once any previous commands have been executed in full). In contrast, NodeJS has been created with the idea that commands can be carried out simultaneously; there is no need for a string of commands to wait until they have been completed.

NodeJS is significant in the history of Web development because it allows for strictly event-driven programming to occur, which further allows faster servers to be developed. The entire process for developers is simplified to a great degree, using a version of event-driven programming as the means to accomplish this. The existing programming platforms and languages make concurrency difficult for developers – by connecting the Unix network with an easy-to-use language, NodeJS was able to create a platform which eliminated many problems which had previously kept people from developing new platforms. The particular platforms and languages of NodeJS were chosen specifically because of the ease of their use, meaning that the platform was available for the use of the wider community with ease.

The most important feature of NodeJS, at least from the development side of things, is the versatility it offers. Rather than simply focusing on one area or another of development, NodeJS gives the flexibility to work on everything software based, on multiple platforms and operating systems.

Unlike with other application platforms, NodeJS developers do not have to have complete compatibility existing between the two sides of their applications, being able to develop them either separately or together as they so choose. The compatibility offered by NodeJS can be used to meld the two sides of an application together, and if the developer instead chooses to develop the entire application at one time (which is another possibility offered by NodeJS), they can reuse code for both sides, making the entire process more efficient. The set-up of NodeJS also means that the average developer is able to write add-ons to the platform itself.

NodeJS developers can also take advantage of the speed which the NodeJS platform offers them. Unlike other platforms, which need to establish and re-establish communication with the server every time the two come into contact, NodeJS is set up so that the two are constantly connected in real time, meaning that the entire process of application creation is faster.

The Benefits of NodeJS

NodeJS offers many benefits to its users – the use of a commonly known programming language, the specific build which allows for commands to be executed concurrently rather than having to be completed one by one, and so on. But there are many benefits beyond the ones which were discussed as being integral to what NodeJS is, as the section below will show:

NodeJS is something which can offer a lot in the way of high performance, due to the engine which it uses as its main platform: the V8 JavaScript engine was created by Google to purposefully be faster than any other engine which is currently in existence. By using the V8 engine, NodeJS can speed up its applications even more than by the use of its own servers which allow for concurrent command execution, as discussed above. While faster engines are useful for almost any application which is under construction, it is particularly useful if the application or platform being built is one which will be undertaking a lot of reading or writing, whether that is to the Web itself, or to whichever file system the author uses on his or her machine.

All NodeJS developers find the built-in event loop principle to be a great benefit to the creation of new platforms and applications using the existing platform. Briefly, an event loop is a method of controlling the flow of a particular application via the changes which are taking place within it. Generally speaking, an event loop principle will use a central mechanism which triggers a particular function once the event which is required by either the programmer or the program itself has been found. Event loops allow NodeJS to be much more scalable in terms of how the applications which are made through it will be run, leading to applications which can function in real-time, as well as ones which do not require such high functions. Additionally, the use of event loops works within NodeJS itself to reduce the appearance of performance lag within the platform, which substantially reduces the amount of time which needs to be spent waiting for the applications to be coded, and allows for the easy establishment of communication between clients and the servers they are using. 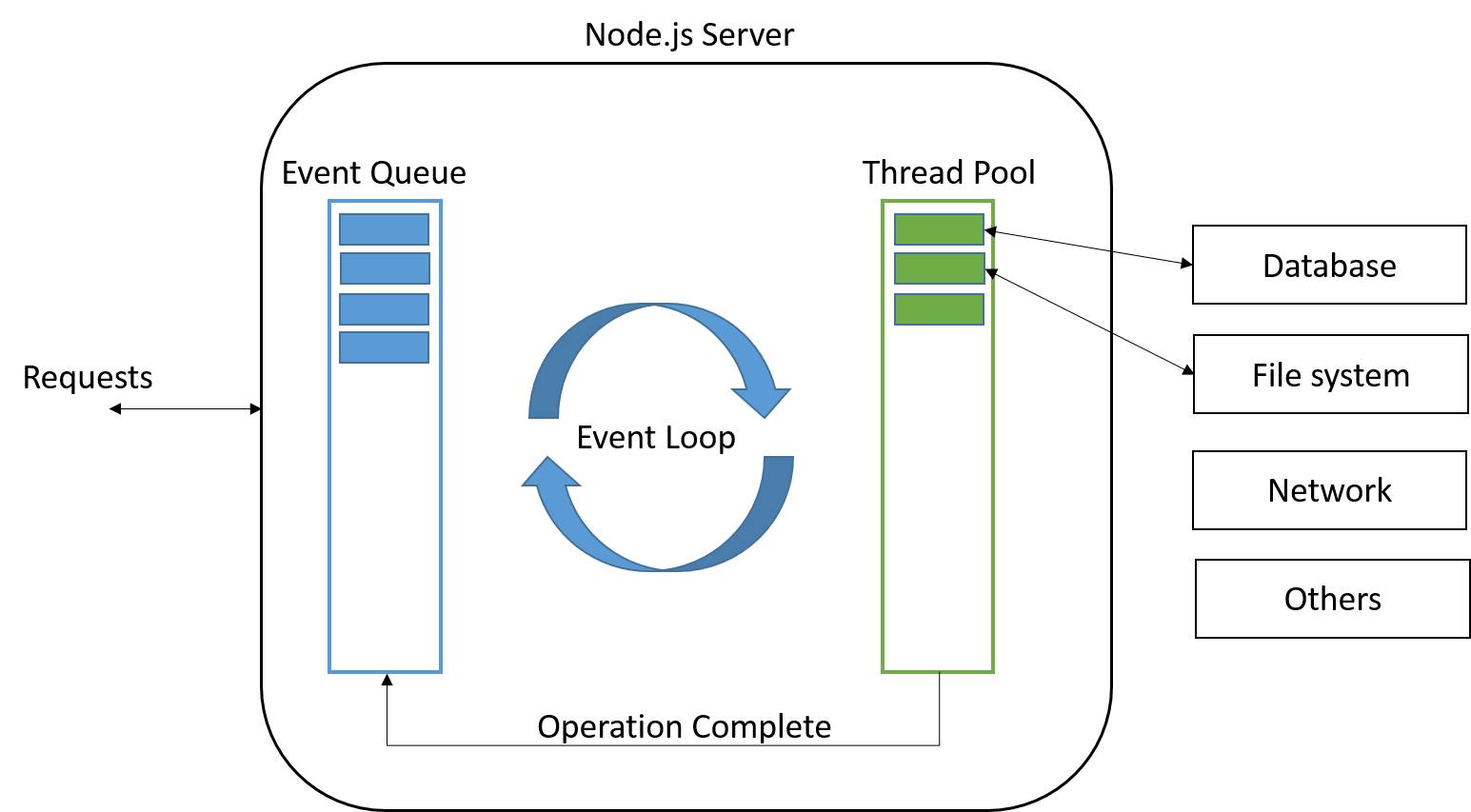 Finally, event loops work the way they do because they make use of web sockets – specifically two-way communication channels which connect the user with the server. These web sockets are key to NodeJS developers because they are what allow the developers to create applications which function in real time, thus allowing for streaming and gaming to take place.

Our Technologies:
© Willbecoded, 2023 - Best IT solutions company! All rights reserved.