How to Hire a Laravel Developer

Laravel was created in 2011 by Taylor Otwell to be a free open-source PHP web framework which offered more functionality than other frameworks which were currently available. Laravel is something which was created to help in web development by following an already established pattern of model-view-controller (MVC). It offers certain features to users which include a packaging system which has its own dedicated dependency manager, a new orientation to syntactic sugar, various ways in which relational databases can be accessed, and more.

Laravel was originally created in an attempt to make up for the perceived deficiencies of CodeIgniter by providing more advanced features, such as the built-in support for user authentication that CodeIgniter could not provide. The original Laravel release included built-in support for authentications, models, sessions, and other mechanisms, but this first development was still not a true MVC framework as it lacked the necessary support for controllers.

There are many different reasons to use Laravel, or to hire Laravel developers in Canada, and some of them can be found in the list below:

Whether it is about using object-oriented libraries or the number of useful extensions, it has always given its fruits of benefits to all those who have used it. But did you ever wonder how does it ease the process of web development? Well, we present to you some of the important reasons that explain how this MVC framework acts as a catalyst in web development.

Laravel has always been able to give many different benefits to whoever used it, whether through the access to object-oriented libraries or through the extensions which can be added, but there are many other ways in which it helps make the process of web development so much easier. The list below includes some of the reasons why: 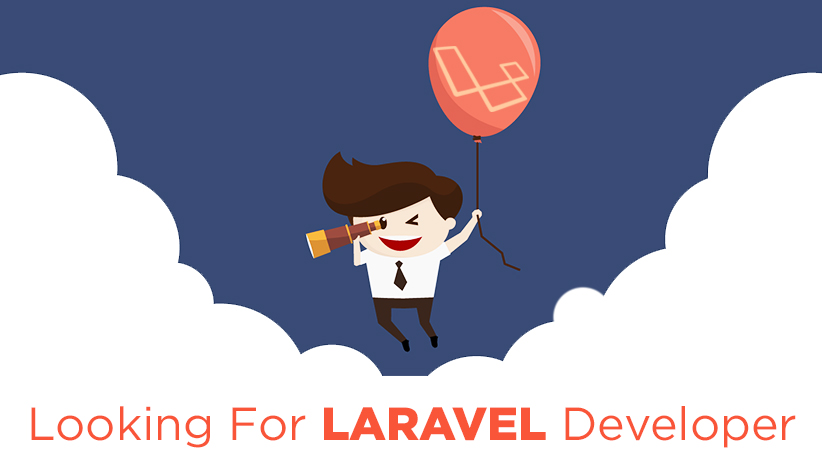 What you Should Consider when Hiring a Laravel Developer

There are many people who argue that web development is as much about artistry as it is about the science of the technology involved. Whether or not you believe that, it is important to choose a Laravel development company which sees the aesthetics of a web development project as just as important as its function. When it comes to choosing developers, there are many factors to consider, particularly when it comes to the skillset they can offer you.

However, the most important things to look for are a willingness to listen and engage to what you need for your project, and how you envisage it progressing in the future. Thus, an agency who can offer quality services at a price is reasonable for both the amount of work and the size of the project. Laravel developers should be:

A good way to gauge a developer’s level of skills and experience is to come prepared: ask for a face-to-face (or at the very least a telephone) interview, and come prepared with a list of questions to ask them. Some topics and questions include:

What Skills Should a Professional Laravel Developer Have?

A professional Laravel Developer is one who has many skills within his or her own field, up to and including good knowledge of what came before in terms of web frameworks such as CodeIgniter.

Working with Laravel is interesting, but it can also be quite challenging. Mistakes are often made by people who are new to the framework and the activities associated with it. Here are the most common ones:

How Should you as an Employer Hire a Laravel Developer?

There are certain things that should be done in order to hire the best Laravel developer possible. While many of these are things which would be done with any new employee or freelancer, some are very strictly correlated with web development and other types of technical jobs.

1. Write a clear job advert explaining exactly what you need in a candidate, and what they will be expected to know and do on a daily basis.

2. While CVs are a very useful tool for filtering out unfit candidates, there should be another, equally useful way, of finding out which candidates will suit the job and which will not. Perhaps some form of test could be used, but then there would need to be strict rules in place to prevent cheating.

3. Make sure that you are prepared for the interview for all the technical questions.

4. Conduct the interview in such a way that it fully tests the candidate’s ability to do the job you need them to do.

5. Keep an eye on the employee for a while after he begins work.

Why Hire Laravel Developers from Willbecoded.ca?

Willbecoded.ca offers some of the best Laravel programmers in Toronto and Vancouver for a variety of reasons. The company itself uses up-to-date technologies and can boast a collected two hundred projects done and done well during the time it has been in existence. All experts who work for us are solution-oriented, and all have up to ten years of experience in their chosen fields.

Our Technologies:
© Willbecoded, 2022 - Best IT solutions company! All rights reserved.